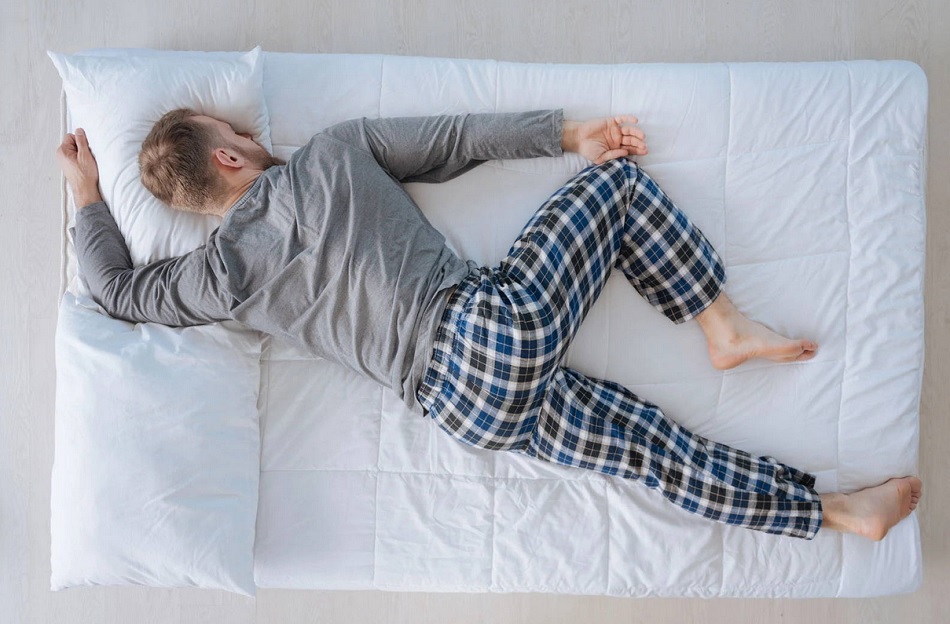 Maybe you burrow your face into the pillow, while beside you your bedmate sleeps on his back as creepily still as Nosferatu. But which one of your sleep positions best keeps your brain healthy? Find out how this position can protect against Alzheimer’s, Parkinson’s, and other neurological diseases.

Sleeping on your back saves your face from wrinkles, but is associated with snoring and apnea. Stomach sleepers don’t snore so much, but in the long-run accrue permanent facial creases and can experience more neck and back pain. But neither of these positions appear to actually promote brain health.

Sleeping on your side may most effectively clear out brain waste chemicals that contribute to neurological diseases, according to research out of Stony Brook University. During sleep a critical brain-cleaning process takes place, and poor sleep can lead to a buildup of brain function-degrading proteins. Lead study authors, Dr. Hedok Lee and Dr. Helene Benveniste used MRI brain scans to peer into sleepers’ minds and measure the buildup of beta-amyloid and tau proteins.

Most of you probably will rejoice in hearing this. According to research reported on WebMD, 63 percent sleep on their side, compared to 14% who sleep on their back and 16% on their stomach.

There might be an evolutionary component to explain the researchers’ observation that side, or lateral, sleeping assists the brain-cleaning process, which is called the glymphatic pathway.

“It is interesting that the lateral sleep position is already the most popular in human(s) and most animals – even in the wild – and it appears that we have adapted the lateral sleep position to most efficiently clear our brain of the metabolic waste products that built up while we are awake,” said study collaborator, Dr. Maiken Nedergaard in a press release. Dr. Nedergaard is at the forefront of research connecting sleep and the glymphatic pathway. She noted that many types of dementia are linked to sleep disturbances, including problems with falling and staying asleep.

Editor’s note: While this study is interesting, and builds on important research into the brain-cleaning system, we want to remind readers that high-quality sleep is most key for healthy brain function and the brain cleaning process. If you can’t sleep well on your side, don’t force it. But if it’s all the same to you, then perhaps throw a big pillow between your knees and give it a shot.