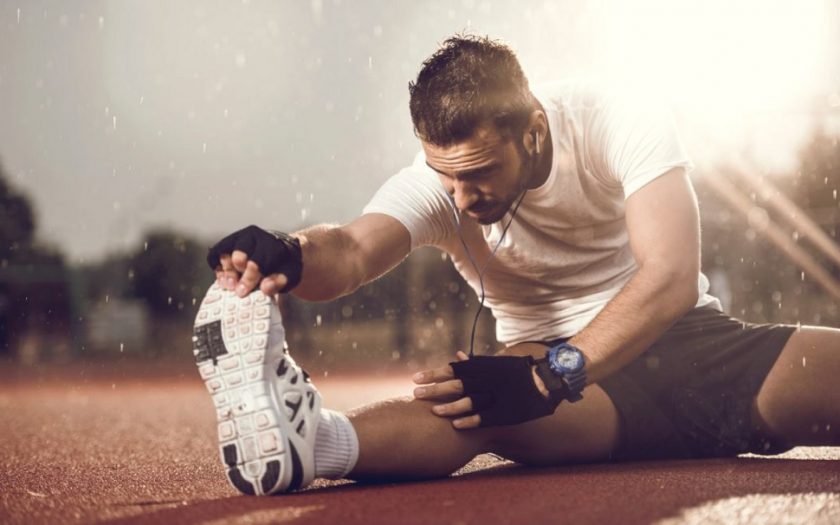 For years, people have been under the impression that if they stretch before a workout or an activity then their odds of getting injured are lowered. However, this theory has never actually been proven and can’t be backed up with scientific evidence just because one person remains injury-free after stretching. This is not enough data to support mandatory preworkout stretches for everyone in order to prevent injuries; we need more studies done on larger groups which compare results when athletes stretched during workouts versus those who didn’t do any form of stretching prior to physical activities.

Sports scientists have attempted to do exactly that and while no study is perfect, some interesting results have been obtained.

If you found out that stretching was not as beneficial as you thought, would you still devote as much time and effort to it? Consider some of the available evidence and then decide for yourself…

Correlation is not causation

It can be undeniably tempting to identify patterns that support our beliefs and biases, but correlation never implies causation. One study published in 2005 concluded that a neuromuscular and proprioceptive warmup program resulted in a significant reduction in ACL tears among young female soccer players. Injuries were reduced among the intervention group by 88% in the first year of the study and 74% lower in the second year (Mandelbaum et al.) The program included stretching exercises, but it also included other more dynamic movements including strength exercises, plyometrics and other sport-specific agility drills.

This raises the question: was the drastic reduction in injury rate attributable to the stretching elements of the program, or to some positive effect of the more dynamic parts of the warmup? If stretching was not the only intervention, then we can not draw any conclusions about the benefits of stretching from this study, but other studies have controlled for stretching…

The hamstrings are probably the most frequently stretched muscle group. However, in a 2006 study on professional soccer players in two European leagues, a hamstring flexibility program “had no effect on the incidence of hamstring strains” when comparing athletes who stretched to athletes who didn’t (Arnason et al.) How could this be? Well, the point of stretching the hamstrings is to increase their extensibility, right? But the authors explain that “most hamstring strains occur during maximal sprinting, when hamstrings are not stretched toward their maximum range.”

Did you catch that?

If most hamstring strain injuries occur during maximal sprinting, which doesn’t require maximal range of motion, then how much of an advantage can stretching the hamstrings possibly provide? The fact is that most positions in most team sports like soccer do not require very demanding levels of flexibility anyway. With that principle in mind, we really shouldn’t expect much of a benefit from stretching for the majority of the active population, and that’s precisely what larger studies have shown…

Stretching does not reduce the risk of injury in runners

Researchers at Simon Fraser University in Vancouver, British Columbia found that over a 3-month observation period, stretching before running did not prevent injury in a sample of over 2700 runners (Pereles et al.) The risk factors for injury were identified as age, weight, training load and history of recent injury, not the lack of flexibility or the absence of a stretching regimen.

If you read the study, you’ll notice that runners who suddenly dropped stretching as part of their warmup routine had a higher reported number of minor injuries, which might seem like evidence that injury is a consequence of not stretching. However, knowing that many people stretch because they want to prevent injury, it’s really no surprise if that same group is more likely to report a minor injury once they stop stretching. If injury was attributable to the lack of stretching, then we would expect to see a similar rate of injury among the group of runners who previously did not stretch, but this was not the case. Also, when looking at severe injuries that prevented running for 1 or 2 weeks, there was no difference between the stretching and non-stretching groups.

1) There was no evidence that stretching all lower-limb muscle groups will reduce the rate of injury in novice runners.
2) Hamstring stretches carried out three times a day does not significantly reduce the risk of injury.
3) Calf (gastrocnemius and soleus) stretching prior to training is not effective in reducing risk of injury.
4) Any stretching prior to or regularly outside of exercising is not effective in preventing injuries.

Wow. When you look at larger samples of an active population as these studies have done, you begin to get an idea of what works and what doesn’t, and stretching isn’t providing any clear benefit for injury prevention.

Too much flexibility may increase the risk of injury

Stretching is typically assumed to have a primary effect on muscle length, but any permanent structural change as a result of intensive stretching will occur in other connective tissues like ligaments (Siff.) Depending upon the sport or activity you engage in, this may provide the additional range of motion you need. However, the trade off for increased joint mobility is decreased joint stability.

One study that looked at ligamentous laxity or joint looseness in rugby players found that hypermobile athletes experienced injury at a rate 2.5 times greater than athletes who did not test positive for hypermobility (Stewart & Burden.) Obviously, some degree of flexibility is desirable and the authors acknowledge that “athletes at either extreme of the flexibility continuum are probably at increased risk of injury.” The point is, there’s really no substance to the argument that increased flexibility, which involves joint mobility, is always better and will automatically reduce the risk of injury. In some cases, hypermobility may even increase the risk of injury, especially in an aggressive contact sport like rugby that demands greater stability.

You may be familiar with the maxim, “Train Smarter, Not Harder.” That doesn’t mean you should never train or play hard, of course, but you must be smart about it if you want to have any shot at longevity. Always going harder and longer just for the sake of proving you can handle it makes little sense, and training in a state of exhaustion, whether acute or chronic, may set you up for an injury. On the other hand, gradually increasing the volume and intensity of your training will allow your body and brain to adapt to higher loads.

Strength training can play a valuable role as well, and the study on professional soccer players referenced earlier found that a program of hamstring strengthening exercises resulted in a reduction of hamstring strain injury by 65%. If most hamstring strain injuries occur during eccentric loading within a normal range of motion, then training the musculature to withstand greater forces seems like a logical approach. Strength alone will not guarantee that anyone remains injury-free, but it certainly makes sense to develop it as part of a well-designed program.

Finally, including a warmup is an important strategy for injury prevention but it doesn’t have to include stretching. Starting out with some general dynamic mobility drills can provide a gentle warmup in multiple planes of movement, and then more sport-specific drills can be used to step up the intensity of effort and increase bloodflow. The intensity, amplitude and duration of effort in your core workout or sport should also progress from low to high. Doing this will not only warm up the soft tissues in your body, but will also prepare your nervous system to execute the desired movements with greater accuracy, give you the opportunity to get a feel for your current state of preparedness and then allow you to make adjustments as necessary, all benefits that stretching can’t provide.

Now, if you really just enjoy the way stretching feels, then you can probably continue as long as you don’t take it to extremes. If injury prevention is your sole reason for stretching, though, then be assured that you are pretty much wasting your time. But what about stretching to prevent muscle soreness (DOMS) or improve other aspects of sports performance? Won’t muscles become short or tight if they’re not stretched? Should you stretch if you have below average flexibility? These topics will be addressed in future posts…