These soles help to alter how a person spreads his/her body weight when he/she walks and in turn develops the surrounding muscles to restore a person’s ability to walk, run, and jump. In a nutshell, wearing the right orthotics can provide great arch support, improve foot alignment, and reduce unwanted stress from one’s feet, legs, hips, and back.

What are Orthotic Insoles

By providing shock absorption, orthotics insoles distributes the body weight evenly all over the foot and takes the pressure from sore spots. This feature minimizes the effects of walking, running and even standing.

But, no two orthotic insoles are the same. The difference between a high-quality one and a low-quality one can be like night and day. So, you can’t simply pick any street-side product in the middle of a regular day and expect it to do the trick for you. For your feet and legs to thank you; you really need to invest in a good pair of orthotics insole. After all, they are like the invisible ‘safety shoes.’ Understanding what you need from these orthotic insert would be a good start in making your final purchasing decision. So, let’s show you the path to get the best orthotic insoles for your feet to derive health-profit from your investment on them.

Now, if you are frequently wondering how orthotics insoles work for some individuals while they don’t do much good to others, you are not to be blamed. It doesn’t matter who you are; this quest is pretty basic. As hinted earlier, the key is to lay your hands on orthotics insoles that are thoughtfully built for your foot’s wellbeing. Keep in mind that the stakes are super-high over here because we can’t take our foot health for granted. So, let’s look at the important things that you need to watch out for when shopping for best orthotics insoles.

Know your Feet: Hard/Medium/Soft Cushioning
On a broader level, orthotics insoles come in three different levels of density and cushioning — hard, medium, and soft insoles. As you may have already guessed, the hard insoles have the least amount of cushioning. Therefore, they should be avoided by diabetic individuals. On the bright side, hard orthotics insoles provide greater biomechanical control, support, and stability. A wearer may feel uncomfortable at first, but the insoles can do a world of good with foot realignment in the long run.

Medium orthotics insoles offer a nice balance of comfort and support. They are generally preferred for everyday casual wear and sports activities. On the other hand, soft orthotics insoles are best suited for individuals with sensitive feet. They are perfect for people suffering from diabetes, metatarsalgia, or arthritis. Keep in mind that the soft insoles will offer only mild support. So, the healing process can take a little longer than usual. Since you have a general idea about your health and well-being, you can make a choice between the three orthotics insoles to narrow down your selection.

Pro Tip: The overly pricey custom-made orthotics are no better than the store-bought products. So, why pay twice or thrice the price? Let comfort, support, and volume guide you with the purchase decision.

Once you have figured out the above dynamics, you can treat yourself with any of the orthotic insoles listed below. For starters, these orthotic insoles enjoy a cult following. In other words, the below-mentioned orthotics are certainly those products that will have your future business —a verdict apparent from the product’s quality and glowing customer reviews found across the web. So, let’s leave you with the best orthotic insoles out there on the market today. 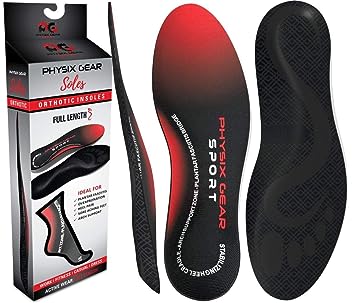 To have happy feet again, the Physix Gear Sport Full Length Orthotic Inserts with Arch Support can be of great help. These lightweight insoles offer ample arch support to provide a new lease to your legs without the usual drama and trauma involved in the process of full restoration. According to the makers, the product can do significant improvements to sore Achilles, plantar fasciitis, and other foot conditions. 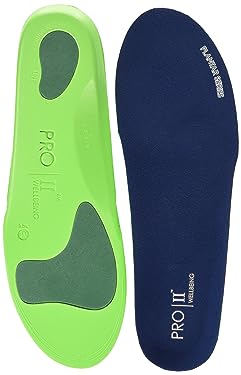 The PRO 11 WELLBEING Orthotic Insoles is one of the top-selling products in the market for managing foot problems. In fact, it’s not surprising to find top podiatric physicians endorsing these orthotic insoles. Therefore, we recommend these insoles without any reservations. Appearance-wise, they appear quite minimalist, but they do the intended job like nothing else out there. 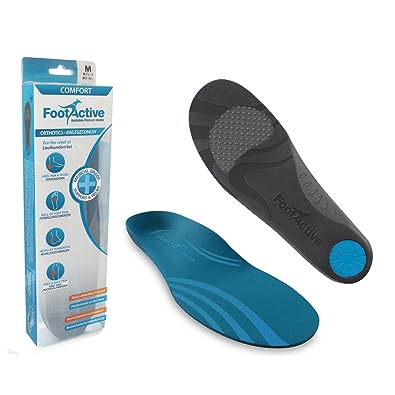 If you feel that your feet don’t deserve a disrespectful piece of shit, the FootActive COMFORT Premium Insoles should be in your shopping cart. These premium insoles have helped tens and thousands of users with their foot problem over the years. Therefore, it doesn’t hurt to wholly believe the hype surrounding these insoles. It’s well-cushioned and supportive to help with fallen arches, overpronation, heel pain, Achilles tendonitis, plantar fasciitis, and several other foot problems. 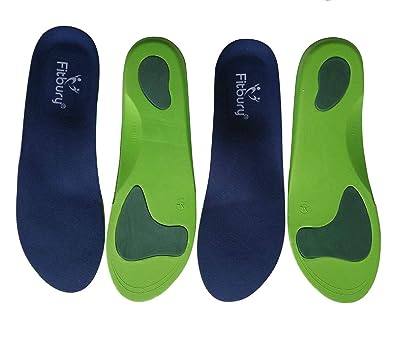 If you are struggling to be active on your feet, the Fitbury Orthotic Insoles Full Length with Arch Supports can prove to be a resourceful investment for you. According to the product manufacturers, the orthotic insoles are scientifically designed for maximum comfort, support, and foot protection to help one deal with a host of foot problems such as pronation, shin splints, Achilles tendonitis, heel spurs, metatarsalgia, plantar fasciitis, fallen arches, morton’s neuroma and more. Along with a 4 pack insoles, you also get an insightful Free Heel Pain Relief eBook in the deal. 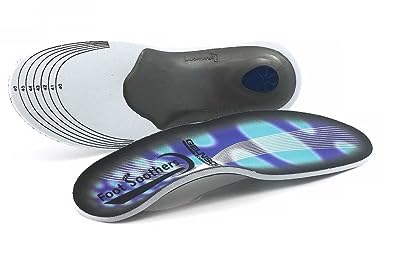 The Premium Orthotic Gel High Arch Support Insoles are a blessing for painful foot problems. When queried, a host of users have confirmed that the product eases the symptoms pretty quickly to a point where the pain never returns. So, these medical grade plastic insoles have done the trick for boatloads of people out there at a budget price. Therefore, a lot of people with foot problems feel gravitated towards these orthotic gel insoles.

It’s imperative to adapt to wearing orthotics insoles gradually. Generally speaking, a person is advised to wear them only for 2-3 hours a day at first. Gradually, the usage can be increased over a period of one month until one feels extremely comfortable wearing them. Of course, the specifics would differ from one person to another. But, the breaking in period will usually last for 2 to 4 weeks. Also, it’s best recommended to replace your orthotic insoles every six months or so, when you start witnessing changes in their structural integrity.

Disclaimer:
The information given above is for informational purposes only. It’s not meant to substitute professional advice. Never disregard medical advice whenever needed just because you read something on the web. Our job was to simply handpick the best products from the junk.

The market for orthotic insoles has grown drastically over the last few years. Nationwide, millions of insoles are sold almost every year. Frankly speaking, it has become increasingly difficult to spot the best orthotics insoles from the sea of junk out there. The solution? Gladly enough, we hope that we have been able to cut the chase for the tens and thousands of readers out there by recommending products with the highest success rate in the market. You can simply pull the trigger on any of the recommended orthotics insoles and run with them. These products will respectively give you your money’s worth and a little bit more.